Skip to content
Home > Blog > Cataracts Surgery > Can I exercise after cataracts surgery? 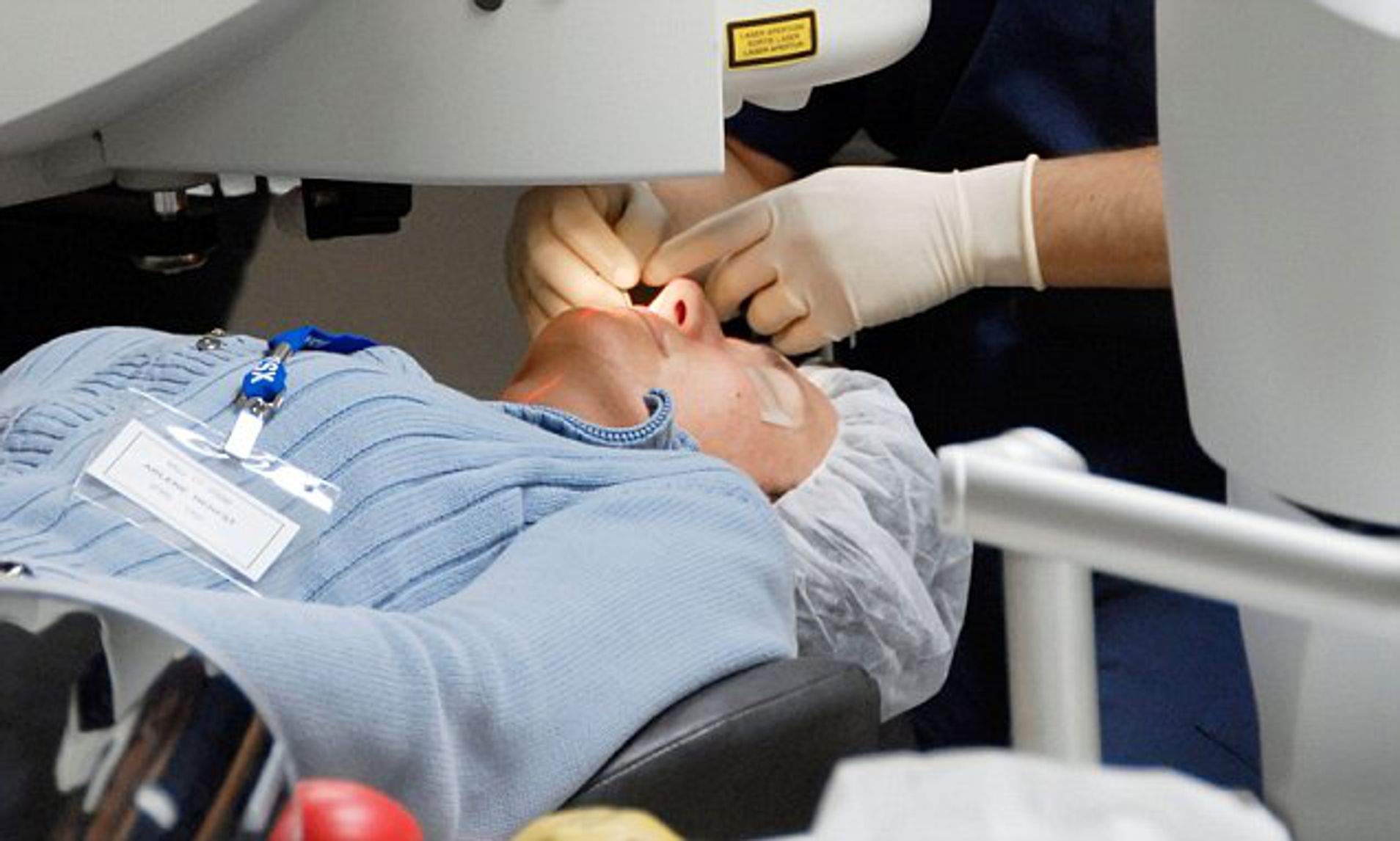 Can I exercise after cataracts surgery?

It is advised that you refrain from heavy activities for the first one to two weeks after cataracts surgery, including bending over.

The majority of the time, any discomfort or pain brought on by cataract surgery goes away a few days after the outpatient procedure. The eyesight quickly returns to normal, and the full recovery takes around eight weeks.

For at least a week after the surgery, you should refrain from engaging in any strenuous activities, including exercise. Within a week or two of having cataracts surgery, you may be able to resume light activity like walking. It is possible that starting exercise too soon after surgery may increase the risk of treatment-related complications.

Cataracts in the patient’s eye is removed during cataracts surgery. You may go back home right soon after the surgery, which is a common and usually safe treatment.

You will need to wait a few weeks before starting your usual fitness routine, just as with other surgeries.

Depending on the activity, it might take a while to resume exercising after cataracts surgery. During the first week, light exercise is OK; however, after that, more strenuous activity should be avoided for a few weeks. This will aid in the normal recovery of your eye.

To learn more about how you may exercise safely after having cataracts surgery, keep reading.

How long after cataracts surgery should you wait before working out again?

How soon after cataracts surgery you should start exercising would be best advised by your eye specialist. Due to the possibility that they may offer suggestions depending on your particular situation, be cautious to follow their directions.

Following an injury, you may generally resume several types of physical activity at the following times:

The first week after surgery

For the first week after cataracts surgery, strolling outdoors, light treadmill work, light housework, and moderate stretching are all suitable low-impact exercises (without bending at the waist)

Avoid bending over or lifting anything that weighs more than 10 to 15 pounds, such as shopping and laundry. Your eyes may get more stressed as a result, making it more difficult to recuperate fully.

The second week after surgery

Your doctor could allow you to participate in moderate-intensity exercises like brisk walking after two weeks.

After this, you should be able to resume more demanding physical exercise. These include exercises like weightlifting, running, swimming, and intense cycling.

Before returning to this level of exercise, see your eye doctor to be on the safe side.

What are the warning signs and symptoms of a serious postoperative complication?

Although they are relatively uncommon, complications might arise after cataracts surgery.

The following significant side effects are also present: escalating eye pain, redness, or stickiness; escalating eye or anterior chamber swelling; deteriorating vision; impaired or double vision; eye hemorrhage; and pain that does not respond to painkillers.

Any of the aforementioned symptoms might be a sign of a serious outcome, such as an eye infection or retinal detachment, changes in eye pressure, an eye injury, or displacement of the intraocular lens (IOL) implant.

A kind of cataracts that manifests later in life is called a secondary cataracts.

Consult an eye doctor if you are unsure if anything is wrong with your eye. You may lessen the severity of your adverse effects by treating them as soon as they appear.

How does cataracts surgery work?

Cataracts is a clouding of the normally clear lens. These cataracts are brought on by the clouding. It takes place when proteins inside the lens form a mass known as a clumping mass. As we age, cataracts steadily enlarge and occur more often, yet they are not entirely avoidable.

Your eyesight may get impaired over time by cataracts, making it difficult to see at night or in dim light.

A surgical removal of the cataracts is the only way to eliminate it. During this procedure, the clouded lens is removed and a synthetic IOL, also known as an IOL, is put in its stead.

Before conducting surgery, your eye specialist will check and assess your eyes and eyesight. As a consequence, they will be able to properly plan the procedure.

The following is a list of possible outcomes from the procedure:

1. In order to relieve the pain you’re feeling, a doctor will first put eye drops in your eye. You will be conscious during the operation.

2. After removing the cloudy lens from your eye using a little device, the doctor will shut your eye.

3. The prosthetic lens will then be inserted. It is anticipated that the whole process would take between 30 and 60 minutes.

4. To safeguard your eye, the doctor will put a bandage over it. You will be put in a recuperation area under the observation of medical professionals in the fifth phase.

6. Before you leave the clinic, the doctor will give you aftercare instructions. To travel home, you’ll need to be picked up by a member of your family, a friend, or a taxi service.

One eye at a time is treated during cataracts surgery to prevent problems. You must wait around 4 weeks between the two operations, unless you need surgery on both eyes at the same time.

The essential thing to keep in mind

In general, the first week after cataracts surgery is okay to engage in mild exercise. Exercises that don’t involve bending at the waist include walking and stretching.

By the second week, you ought to be ready to start up your moderate-intensity workouts again.

Within 4 to 6 weeks, your recovery should be complete. At this stage of rehabilitation, strenuous activity like weightlifting or running is usually safe.

The specific time window within which you may resume your workout regimen safely will vary depending on the person. Always remember to abide by your doctor’s recommendations and show up for your follow-up appointments. Your doctor will be able to keep track of your development and make sure your eye is healing properly.